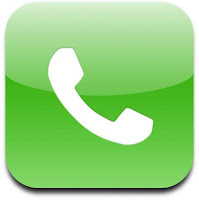 Phones are one of the most awkward ways to communicate I know of.  While you can pick up voice inflection cues (such as sarcasm or wit) better than text and email, the lack of visual communication cues can sometimes cause miscommunication on the phone especially around hanging up before the person is done talking to you.  (see: doorknob syndrome)

Like the Doorknob Syndrome the person calling you with something awkward to share might wait till closing to say what they really called to say.  After a bunch of these types of calls where I hung up on people still wanting to share something pertinent, a supervisor suggested I NEVER HANG UP ON ANYONE!

That’s right, don’t hang up.  The best way, I’ve found, to communicate over the phone that you care and are concerned with why they are calling.   Not hanging up enables the other person to decide when they are finished saying what needs to be said and they feel validated that you are attending to them.  When people are done with a call, they generally hang up after they and you say bye, staying on the line ensures you are hearing all they need to say.

NOTE:  DON’T DO THIS if the person on the other end is being verbally abusive to you.  If they are, politely ask them to stop so you can hear their concerns, and if not, discontinue the call.  Then, let your boss know (because that irate person is calling them next) and let your boss know what happened and what is coming their way.

A vast majority of the time, not hanging up on the other person ends pretty much the same as every other phone call you normally make now.

2 Responses to Relational Youth Ministry TIp: Not Hanging Up

This site uses Akismet to reduce spam. Learn how your comment data is processed.

Hi! I'm Matt, a 14 year veteran of youth ministry. I have a MSW from Adelphi U and a M.Div. from Denver Seminary. I am very passionate about helping youth and youth workers navigating Dark Places in their lives.